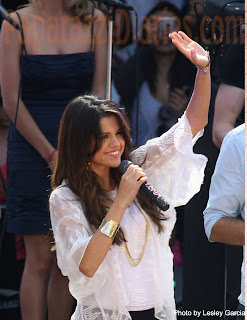 Singer/actress Selena Gomez exhausted herself all the way to the hospital, but the girl knows how to be professional and still sang her heart out at the beginning of her Monte Carlo mall tour at the Santa Monica Place – only two days after her hospital stint.

Selena Gomez ended up at the hospital after spending a whirlwind vacation with her very famous beau Justin Bieber and working endlessly to promote her huge Hollywood movie “Monte Carlo”.

When word got out that Selena was at the hospital, the media began a buzz, thinking that she was pregnant with Justin’s baby since she was complaining of nausea and abdominal pain.

The famous young couple was not shy to show their PDA while they were on vacation, adding to speculation that perhaps they had been caught in a moment of passion and forgotten to wear protection during one of their romantic vacations.

Selena Gomez had vowed to be a virgin till she got married, even asking her dad to get her a ‘promise’ ring and have it blessed to prove that she was serious about it.  However, not long after starting her whirlwind romance with teen heartthrob Justin Bieber, the ring mysteriously disappeared from her hand.

All pregnancy rumors were shot down by her people – the cause of her hospitalization- exhaustion and malnutrition.

Selena had to cancel the beginning of her Monte Carlo mall tour due to her hospitalization, but just two days later, Selena performed to a full mall of screaming fans.

She was grateful for her fans support, and made sure to thank them all for coming to see her.  She even apologized to her fans who showed up the day she was supposed to perform, and waited to see her to no avail.


Selena Gomez was glowing as she performed her theme song “Who Says” and was a huge hit at the mall.  Having the place filled to the maximum on all three floors with screaming fans listening to her every word.

The performance went without a hitch, and Selena continued on to her whirlwind tour for her movie ‘Monte Carlo’ vowing to make better food choices. 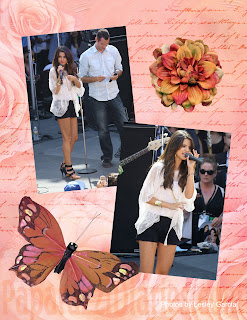 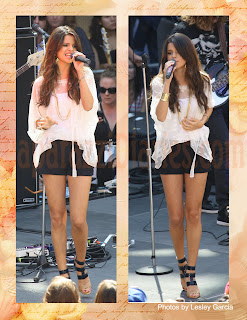 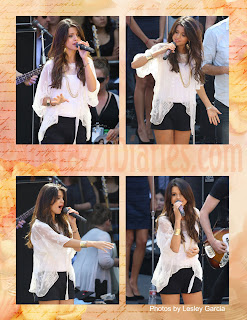 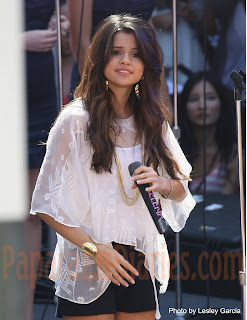 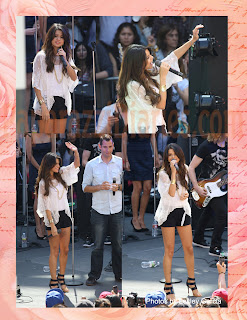 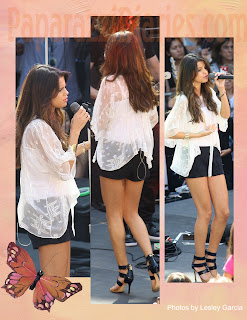