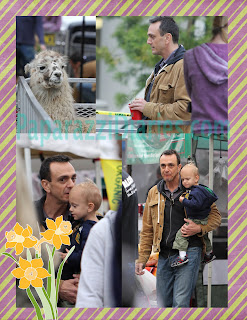 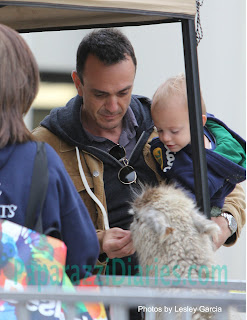 “The Smurfs” actor, Hank Azaria, took his adorable son Hal and longtime girlfriend Katie Wright to the farmers market to go for some family time.  Hank played the doting dad to Hal, while mommy Katie Wright took the chance to shop for some fresh produce.  Hank was very observant over little Hal, and wherever he went, so did Hank.

Hank Azaria couldn’t have appeared to be happier, and spent extra time with Hal in the petting zoo while they petted a lama.  Hank was just as cautious feeding the lama, as he was taking care of his family. Katie Wright couldn’t have been a prouder mom as she watched Hank take such special care of their little bundle of joy.

(More pics after the jump…)

Hank can soon be seen playing the evil Gargamel in the upcoming movie “The Smurfs”, but his real life personality couldn’t be further from Gargamel’s.  Hank was a honey around his family, and if it weren’t that he was a famous actor, you would think they were just one more family in the crowd.


Hank Azaria is currently working on his upcoming TV series “Free Agents” with funny actress Kathryn Hahn which comes out in the Fall season of 2011.


Meanwhile, enjoy these super adorable shots of Hank Azaria being a doting dad to his look-a-like son Hal. 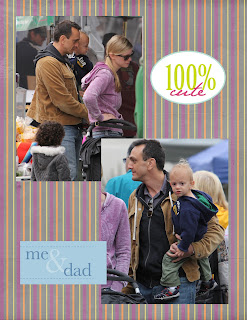 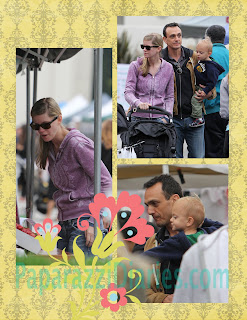 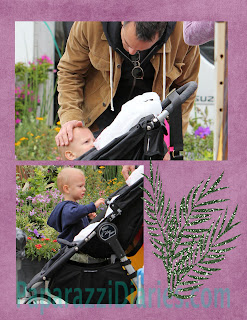 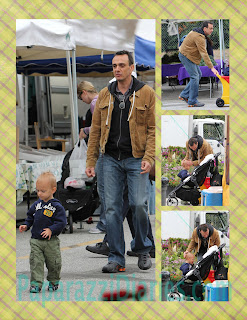 Check out Hank Azaria in the upcoming blockbuster “The Smurfs”-
VIDEO: