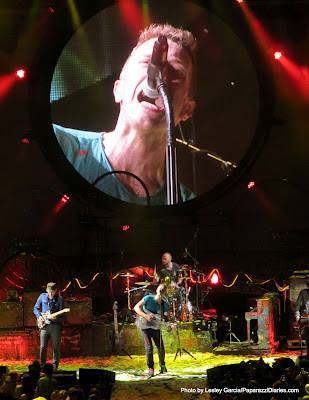 (Hollywood, CA) Super band Coldplay put an explosive performance on their first night at the Hollywood Bowl on May 1 for their Mylo Xyloto tour.

The band was dynamic from start to finish and had the crowds jumping out of their seats with each song they played. With the audience singing as much as Chris Martin, the Hollywood Bowl vibrated with the exhilarating energy, especially when they played “Viva la Vida” to a thrilled crowd.

(Scroll Down for Video) 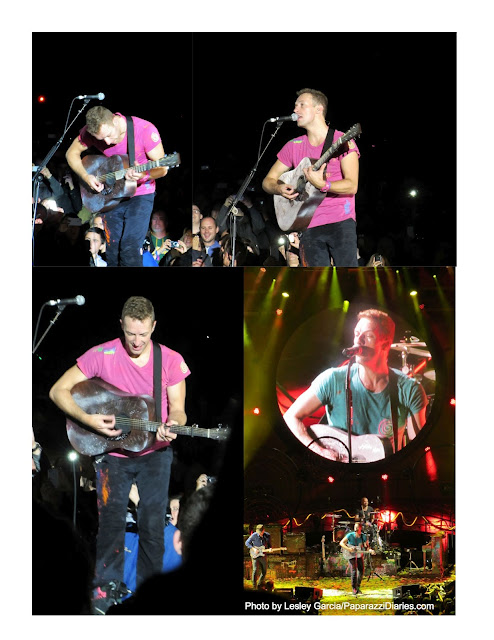 Singer/performer Chris Martin takes over the whole stage with his explosive moments that surge energy through the veins of the concert goers who can’t get enough of this one of a kind singer.

Instead of waiting for the last moment to bring out the fireworks, Coldplay brings an amazing firework display at the beginning and then again at the end of this energetic concert.

If you have a chance to go see them, run don’t walk there, because this type of performance is reminiscent of the great acts that took place in the golden era of Rock & Roll.  It is no longer the norm to see a show like this, but the exception!

Get your tickets for their next end of their American tour which starts back up again in June 22 at the American Airlines Center in Texas.
Buy tickets here!